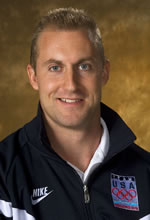 Some know Curt Tomasevicz from his days as a Nebraska Cornhusker running back and linebacker. More recently, sports fans around the world know him for his participation on the bronze medal-winning 2014 U.S. Olympic bobsled team.

Chiropractors in the state also know Tomasevicz in his role as a spokesman for the Nebraska Chiropractic Association. Tomasevicz mentions chiropractic care when talking about training for football and the Olympics. In a March 6 interview with Huskers Sports Network,  Tomasevicz talked about how chiropractic care helped his entire bobsledding team.

“Our sport is very violent,” he said. “It’s really hard on the body. Chiropractic care has been a great asset for me as well as my teammates.  . . . That’s how we can make a career (in bobsledding) last 10 years. That’s kind of rare.”

Tomasevicz’ belief in chiropractic care began before the Olympics, though. When he decided in 2004 to train with the U.S. bobsled team, his hometown of Shelby, Neb. raised $26,000 to support him. A chiropractor and physical therapist also contributed their services.

Now that the Olympics are over, Tomasevicz said he’s trying to decide which way to turn next. He’d like to find a career that uses his degree in engineering, but he’d also like to use his sports knowledge as well.

“I can’t imagine a better feeling than the feeling we had with my teammates just a couple weeks ago,” he said in the interview. “That was pretty epic, coming away with the bronze medal in that type of race.

To listen to the interview, go to the Huskers.com audio archive page. Scroll down to the March 6 Sports Nightly program. Click on the icon on the right to download the audio file. The interview starts at about 1:20:00. You will need Windows Media Player to listen to it.