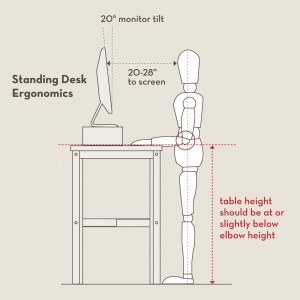 Chiropractic is more than just aligning your spine to relieve pain.

Proper chiropractic care involves educating patients on how to take care of their backs and necks, and maintaining alignment to prevent pain and deterioration over time.

That’s where Jenn Jorgensen comes in. As the practice representative for our clinic, Jenn travels to businesses and meetings to explain our philosophy of chiropractic care.

She also does health and wellness screenings and talks about “How to Stay Young.”

Jenn spoke today to her colleagues in TIPS Group No. 1 for the Sarpy County Chamber. She also demonstrated a spinal screen and gave them information about our office.

If you’d like Jenn to speak to your group or come out to your office for a wellness screening or lunch and learn, please give her a call at (402) 877-4774. She’d be happy to help!

Bailey Morrison, 19, joined the staff in October 2013 as a chiropractic assistant. She had been a patient since August, and when an opening came up, she applied.

As a chiropractic assistant, Bailey helps set people up on their STEM treatments and remove the connections. She also helps with work at the front desk, cleaning, and other duties as needed.

“This is such a laid-back job,” Bailey said. “It’s like a family. We all work really well together. It’s such a comfortable environment to be in.”

Angie Rodriguez, 27, is the new receptionist at Akridge & Akridge Chiropractic. She joined the staff in early February 2014.

Angie said she has always enjoyed working in the medical field. She got her start by filling in for a friend at a physical therapy office, and her career took off from there. In May, she will celebrate her 10th anniversary of working with chiropractors.

Her biggest adjustment in her new role is working with Apple computers, she said. “The rest is very familiar.”

Angie says the best part about her new job is the positive environment. “Everyone is so fun, and we help each other out. I am happy to work here. I love what I do.”

Kathy Edison, the previous receptionist, is still on staff. She is now handling insurance claims and questions for the office.

Welcome to our blog!

Welcome to the new blog for Akridge & Akridge Chiropractic. We will be using this blog to post tips and wellness information for our patients, as well as news about chiropractic medicine. We’ll also keep you updated on what’s happening in our office.

We welcome your suggestions and comments. If you have any questions or topics you’d like us to address, please post a comment below or send us an email.